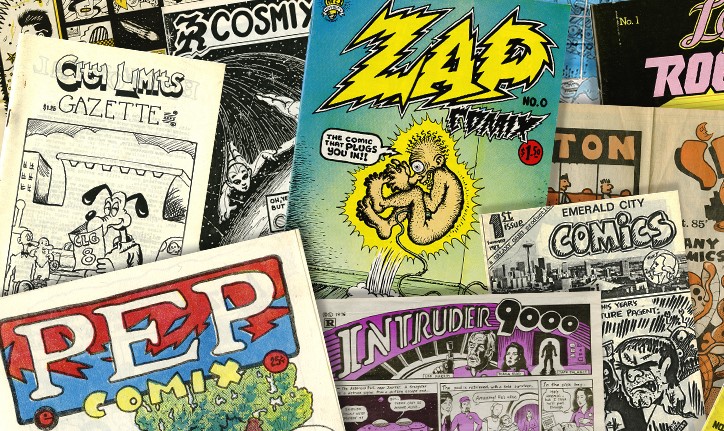 Interested in comic books and comics history and culture in the Pacific Northwest? Special Collections houses a collection of nearly 1,200 underground and alternative comics that documents the 1960s-1970s underground comics scene as well as the emergence of the Pacific Northwest as a hub of alternative comics in the 1980s and 1990s. The collection offers insights into political contestations and artistic developments in underground, as well as popular culture during the second half of the 20th century. Select items describing the history of underground comics as a transgressive outsider artform are currently on display in the Special Collections Research Room. There is also a corresponding digital exhibit, and an online guide  which describes the collection in detail and includes specific titles.